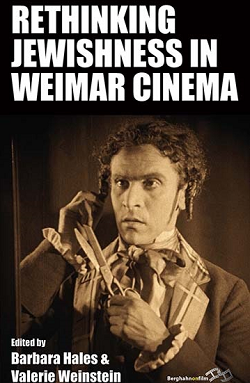 The transition from the Weimar Republic to National Socialism precipitated the exodus of Jewish talent from the German film industry. “Banning Jewishness: Stefan Zweig, Robert Siodmak, and the Nazis” examines the initial uncertainty concerning competing definitions of Jewishness and its place in the cinema of the new totalitarian political regime, arguing that Nazi antisemitism pushed a notion of the Jewish identity as biological and unalterable, effectively turning any form of Jewish acculturation obsolete. In discussing the case of the 1933 film Burning Secret, which premiered shortly after Hitler’s rise to power with censored opening credits and was banned shortly thereafter, the essay complicates received notions about the early impact of the Ministry of Propaganda and Enlightenment on the German film industry, and reasons behind Jewish talent leaving to seek refuge and employment abroad.