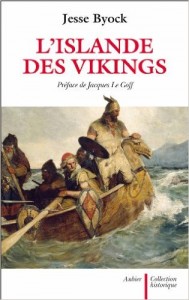 Bloodthirsty lords, marauders crisscrossing the shores of Northern Europe and plundering everything in their path, the Vikings do not have a good reputation. And yet they founded, in Iceland, on this island which remained almost devoid of any human presence until the 9th century, a unique society: based on a free and independent state, it is largely free from the usual social hierarchies – including in relations between men and women – and bases conflict resolution more on consensus than on violence and war. Between rotten skate feasts and a manual for survival in a hostile environment, legal disputes and the method of building houses in clods of grassy earth … it is the daily life of the Vikings in medieval times that is unveiled here.