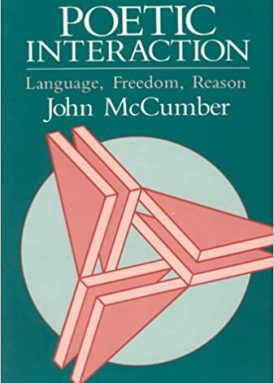 Poetic Interaction presents an original approach to the history of philosophy in order to elaborate a fresh theory that accounts for the place freedom in the Western philosophical tradition. In his thorough analysis of the aesthetic theories of Hegel, Heidegger, and Kant, John McCumber shows that the interactionist perspective recently put forth by Jürgen Habermas was in fact already present in some form in the German Enlightenment and in Heidegger’s hermeneutic phenomenology. McCumber’s historical placement of the interactionist perspective runs counter to both Habermas’s own views and to those of scholars who would locate the origin of these developments in American pragmatism. From the metaphysical approaches of Plato and Aristotle to the interactionist approaches of Habermas and Albrecht Wellmer, McCumber provides an original narrative of the history of philosophy that focuses on the ways that each thinker has formulated the relationships between language, truth, and freedom. Finally, McCumber presents his critical demarcation of various forms of freedom to reveal that the interactionist approach has to be expanded and enlarged to include all that is understood by “poetic interaction.” For McCumber, freedom is inherently pluralistic. Poetic Interaction will be invaluable to political philosophers, historians of philosophy, philosophers of language, and scholars of legal criticism.