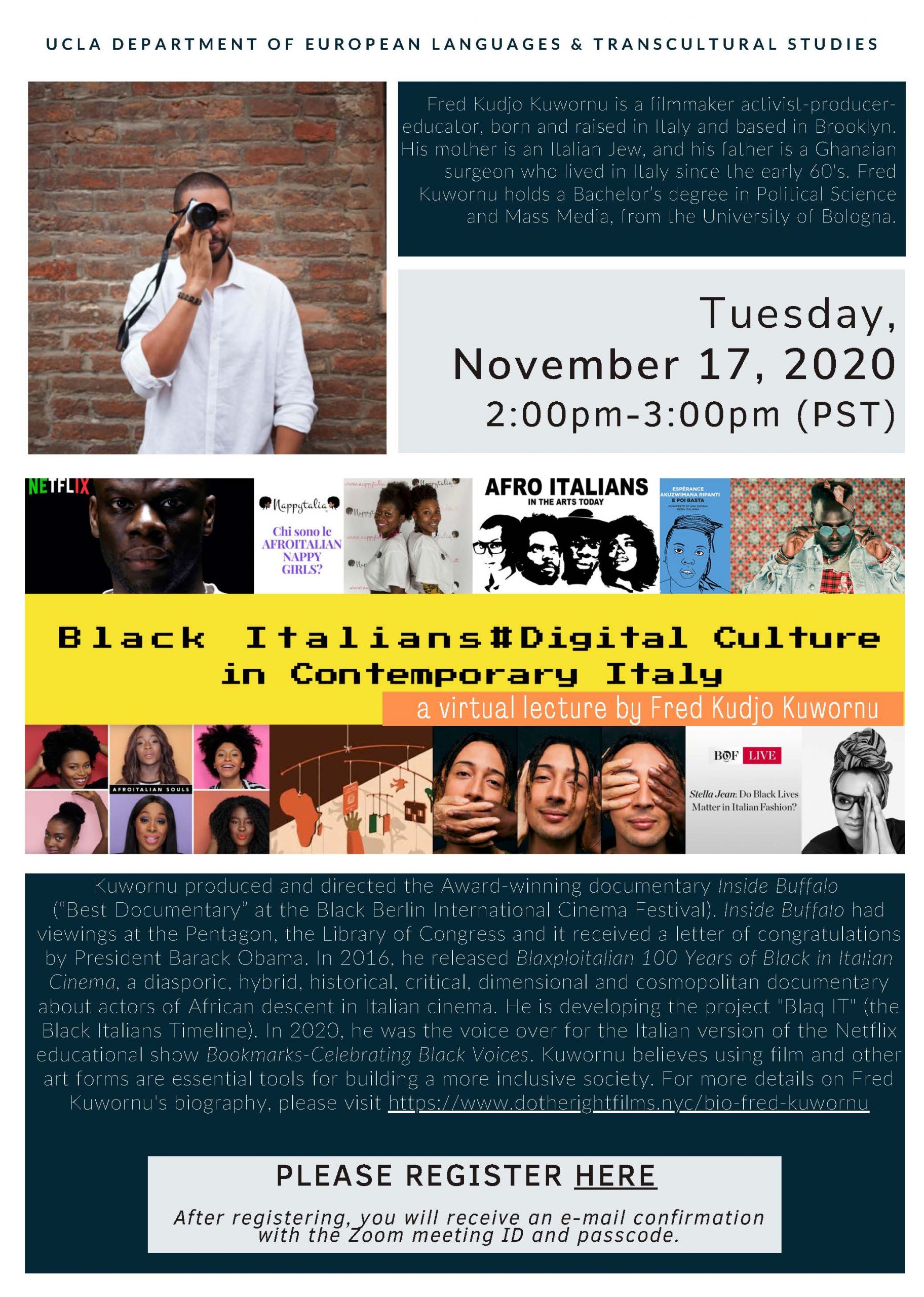 Fred Kudjo Kuwornu is a filmmaker activist-producer-educator, born and raised in Italy and based in Brooklyn. His mother is an Italian Jew, and his father is a Ghanaian surgeon who lived in Italy since the early 60’s. Fred Kuwornu holds a Bachelor’s degree in Political Science and Mass Media from the University of Bologna.

Kuwornu produced and directed the Award-winning documentary Inside Buffalo (“Best Documentary” at the Black Berlin International Cinema Festival). Inside Buffalo had viewings at the Pentagon, the Library of Congress and it received a letter of congratulations by President Barack Obama. In 2016, he released Blaxploitalian 100 Years of Black in Italian Cinema, a diasporic, hybrid, historical, critical, dimensional and cosmopolitan documentary about actors of African descent in Italian cinema. He is developing the project Blaq IT (the Black Italians Timeline).

In 2020, he was the voice over for the Italian version of the Netflix educational show Bookmarks-Celebrating Black Voices. Kuwornu believes using film and other art forms are essential tools for building a more inclusive society. For more details on Fred Kuwornu’s biography, please visit https://www.dotherightfilms.nyc/bio-fred-kuwornu.

Please register here.
After registering, you will receive an e-mail confirmation to join the Zoom meeting and a passcode.