Professor Maite Zubiaurre initiated her career as literary translator from novels in German into Spanish for the publisher Alfaguara. She holds a degree in Comparative Literature from Columbia University, and taught at USC (University of Southern California), ITAM (Instituto Tecnológico Autónomo de México), UNAM (Universidad Nacional Autónoma de México), and the University of Texas, Austin, before joining the Department of Spanish and Portuguese and the Department of European Languages and Transcultural Studies (ELTS) at UCLA. She is core faculty and co-PI of the Urban Humanities Initiative (UHI), and a member of the Faculty Advisory Committee of the Program in Digital Humanities. Her areas of expertise are comparative literature; gender and sexuality studies; urban studies; cultural studies; and migration studies.

Zubiaurre has penned numerous articles and critical editions, and is the co-editor, with Roberta Johnson, of an anthology of Spanish feminist thought (Antología del pensamiento feminista español: 1726-2008, Cátedra, 2012). Her recently published scholarly monograph, Talking Trash. Cultural Uses of Waste (2019) won the Vanderbilt University Press 2020 Norman L. and Roselea J. Goldberg Prize for the best book in the area of art or medicine. Her own adaptation and translation into Spanish is forthcoming (Basura. Usos culturales de los desechos-Cátedra, 2021). She is the co-author, with Dana Cuff,  Anastasia Loukaitou-Sideris, Todd Presner, and Jonathan Crisman, of Urban Humanities. New Practices for Reimagining the City (MIT Press, 2020), a scholarly monograph that proposes original, action-oriented, and social and spatial justice-driven humanist practices for interpreting and intervening the urban landscape.

Zubiaurre is the co-director, co-writer, and co-producer, with Kristy Guevara-Flanagan, of Aguilas/Eagles (2021- https://www.aguilasdocumentary.com/), a short documentary that tells the story of “Aguilas del Desierto,” a humanitarian organization that searches for missing migrants in the Southern Arizona desert. Zubiaurre is the initiator and leading researcher of “Forensic Empathy,” a three-pronged interdisciplinary project in progress on migrant death, forensics, and border activism and artivism that includes a scholarly monograph, a feature documentary, and a digital map.

“Filomena Cruz” is Maite Zubiaurre’s alter ego as an artivist and visual artist and collagist enamored with trash and all things discarded, and the author of an ongoing artistic intervention, “The Wall that Gives/El muro que da.” https://beautifulhollywood.com/2018/08/19/el-muro-que-da-and-the-gang-that-took-over/ 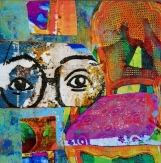 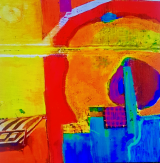