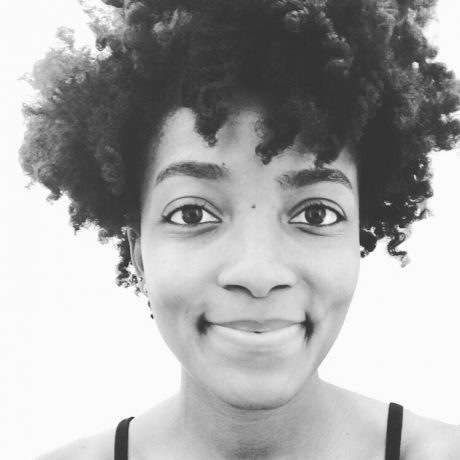 My French studies started when I was in high school. It was during those three years of instruction that I decided that, someday, I would go to Paris. Little did I know that studying French would take me across the globe multiple times to various francophone countries. Little did I know that I would find a part of myself in a language that was not my mother tongue. Fast forward to today, I am currently in Senegal doing sociolinguistic research and I can proudly say that I am a recent graduate from UCLA with a Bachelors of Arts in French and Linguistics with departmental honors.

When I transferred to UCLA from Berkeley City College, I was nervous for multiple reasons: making friends, getting used to the quarter system, being away from the place I’ve called home since birth, and so on; however, I found an instant niche in the Department and le Cercle Francophone. During my junior year at UCLA, I was at an intermediate level in French and an intern for le Cercle Francophone. Senior year at UCLA, I was nearing fluency and had become the President of le Cercle francophone. By the time I graduated, I had finished honors research within the French Department and received two awards that have helped fund my travels.

The department is full of instructors who want to see you succeed and who want to help you build a major and a foundation that will benefit you after graduation. For example, my end goal is to work in an international institution that handles educational policies or programs, specifically in francophone Africa. The French language and knowledge of francophone Africa’s history are two essential assets that I have gained from studying within the French Department. I was able to focus on the things that personally interested me and I know many other students that tailored their French majors to their future goals.

Two influential moments for me within the department were taking classes with Professor Mabanckou, he opened a new world for me that connected my African American roots back to Africa, and working alongside Dr. Denié-Higney, who we all just call Laurence, as both a student and the President of le Cercle Francophone. I now have a better understanding of my personal history and a skillset needed for the professional world which has helped me land my first job. This Fall I will start a career with the Princeton Review!

If you’re interested in French, take the plunge. If you want to go to le Cercle Francophone, don’t be shy. The department and the club are both so immensely kind and nonjudgmental. Don’t be afraid to make mistakes. It’s how you learn.