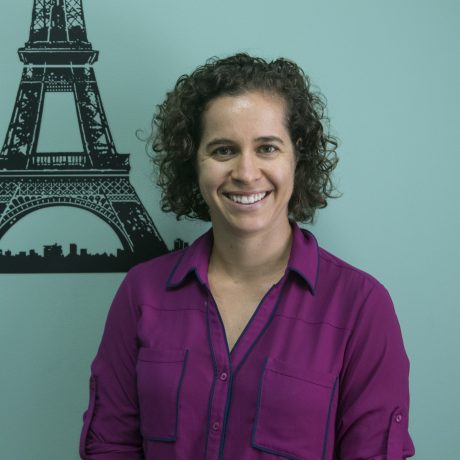 My interest in French began in middle school, when my mom worked for a non-profit organization that served families of children with sickle-cell disease. Because this condition is found in tropical areas, my mom’s public health work put my family in contact with many families from West Africa, and I quickly discovered that the French I was taking at the time could help me communicate with them and learn about their cultures. At Williams College, I continued to take courses on French and Francophone literature and culture, and spent the summer before and fall of my junior year working in a public health laboratory in Cameroon and studying its culture and development. It was also there that I discovered Ivorian coupé-décalé and Congolese ndombolo music (among others)–styles which would become important objects of analysis in my undergraduate thesis and doctoral dissertation. I returned from Cameroon convinced more than ever to continue studying the Francophone literature and cultures of West and Central Africa. Because of its strong emphasis on Francophone studies, UCLA’s French graduate program was the ideal setting for deepening my understanding of the literatures and popular music of Francophone Africa, as well as the French language and literature.

My graduate work at UCLA offered me not only insight into the plurality of Francophonie (Canada, the Indian Ocean, North Africa, West and Central Africa, and the literature and culture of immigration in contemporary France), but also afforded me valuable opportunities to share my passion and enthusiasm for these topics with motivated undergraduate students. I not only helped lead UCLA’s summer immersive study abroad program in Paris, but I also had the opportunity to develop and teach my own course on the literature, music, and culture of immigration in contemporary France.

I am now a tenure-track assistant professor at the University of Central Arkansas, where I teach courses on Francophone literature and culture, cultural identity in the Francophone African diaspora, and French language courses of all levels. Whether considering French at the graduate or undergraduate level, UCLA is at the cutting-edge of French and Francophone studies, equipping students to navigate and communicate with peoples from areas where French is a valuable asset in Europe, the Caribbean, Africa, and beyond.